Carissa Does Write: The Story of "Barefoot on Beale."

Walking "Barefoot on Beale," sounds dirty and discusting; but so are some men. What had happened was: After a New Year's Eve celebration on Beale Street in Memphis (Where I lived for 2 years to work at the racetrack & start a band) I lost my roomate. We had split up on purpose to do our own thing, and she had gone to meet a guy, but we planned to meet up after.
As the street grew creepier and more vacant, I decided to go search for her on my own. It didn't take long to catch site of a stumbling, crying girl carrying her pair of spectacular heels. She has been stood up by the guy she was really into and although there were many other men buying her drinks and showing her interest; all she could think about was where the guy was and who he was with instead of her. She was so upset she didn't even care about how nasty her feet were from walking "Barefoot On Beale." Here is a very rough, slightly embarrasing version of the song I started to write while listening to the recap & vent session of my roomate's horrible night. 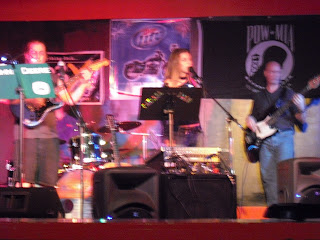 Carissa Does Rock Memphis with The Jimmy Hudson Band 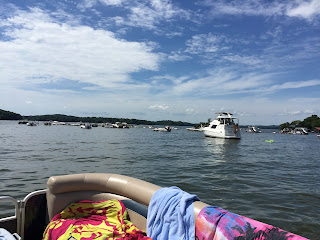